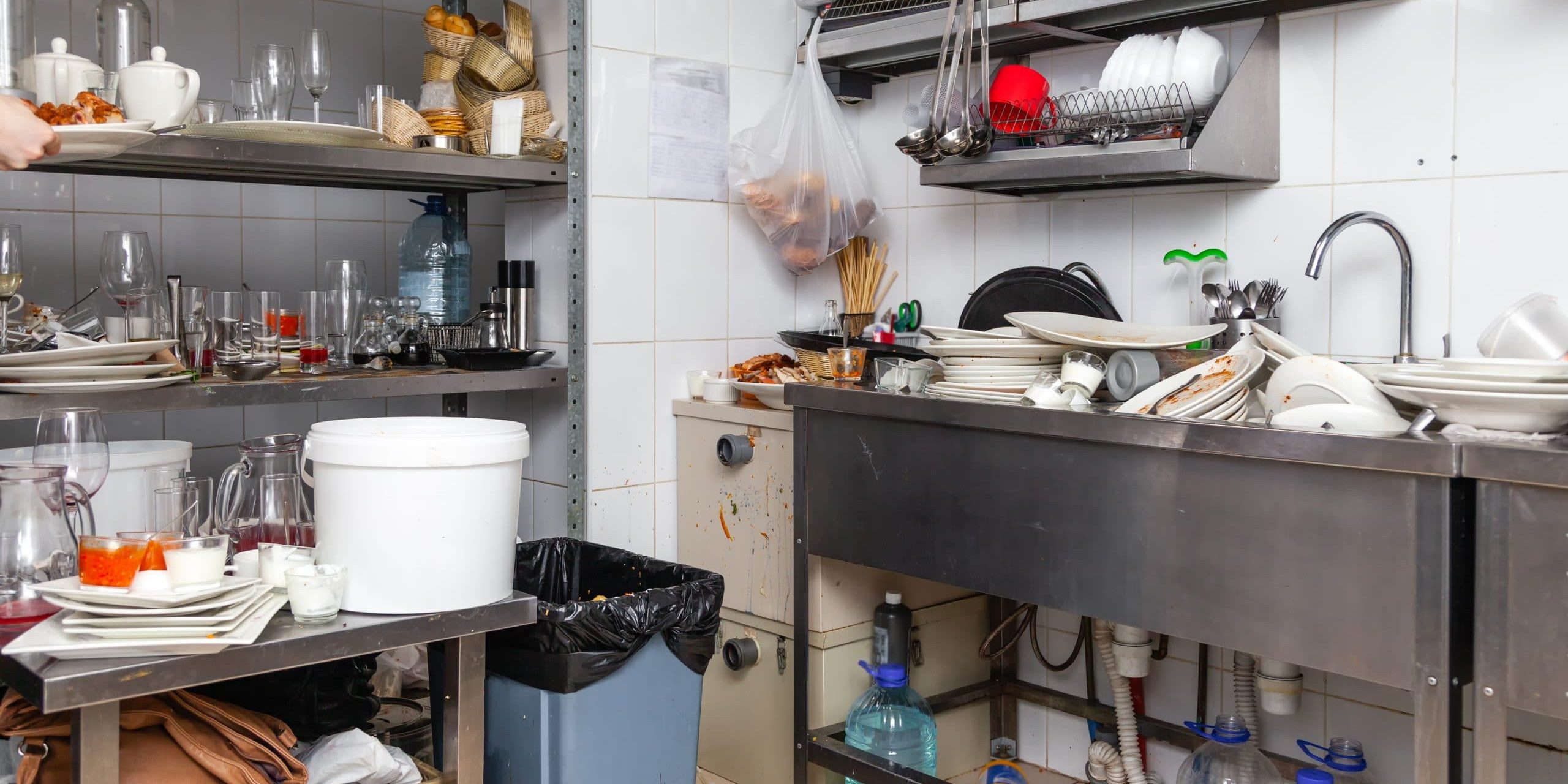 Like cooking in a messy kitchen, it’s hard to find the bioprocess data you need and it probably needs to be cleaned before you can use it. Digitally transform the way you work to get the most from your data!

The data silos, lack of standardization, and inefficient manual processes that plague bioprocess development data management are well known, but why does this matter? It’s more than just inconvenience – issues with missing unsupported data can delay the release of new therapeutics by 6 months or more. In this new era of artificial intelligence (AI), using data science to improve operations sounds exciting but trying to apply advanced analytics across such a disjointed data landscape is like trying to achieve a Michelin star with a kitchen like below. 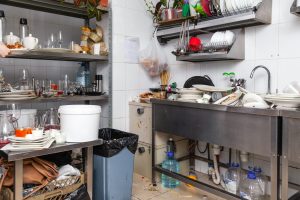 Why is it happening?

If we look at a typical unit operation in process development, we see a very segmented data architecture. 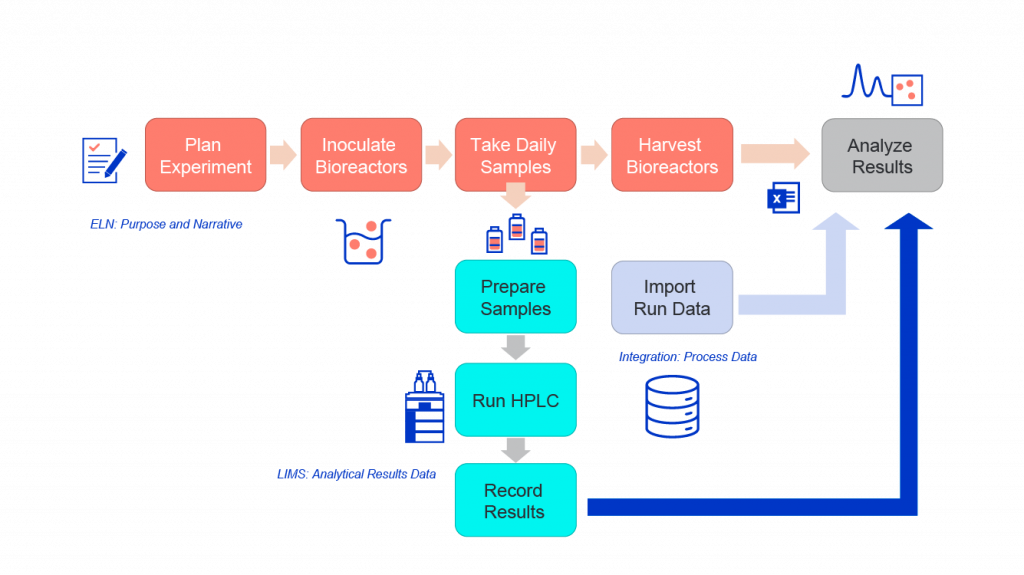 The ELN: purpose and narrative

There’s usually an ELN focused on the experiment itself: the narrative and the metadata. It’s often stored in an unstructured data format such as a Word document or PowerPoint presentation. ​While spreadsheets and statistical software packages are often used for numerical design of experiments (DoE) and multivariate data analysis, the data is usually stored in a static format within the ELN that isn’t searchable or reusable.

​In many cases, particularly in later-stage development, there will also be a LIMS system to track the samples that were generated during the experiment. So while the ELN records the sampling activity, the sample itself is created in the LIMS system. After the analytics group performs some analysis, the results, such as product titre or monosaccharide profile, are then associated with the sample.

There may also be an integrations layer, such as a SCADA or historian, to pull data from the various instruments involved. An integrations layer has the added benefit of standardizing data around a method, for example HPLC, which facilitates the comparison of data across the same type of analysis.

Pulling it all together?

In the end, however, it’s down to a scientist or data analyst to pull all the data together and make sense of it. This may involve manually connecting the sample from the LIMS system with instrument data in the integrations layer, and then mapping that back to a point in the process described in the experimental write up in the ELN. It’s a lot of effort to join all this data at the wrong end of the process, so to speak. This “breadcrumb trail” approach is time-consuming at best, and at worst results in discrepancies that can’t be reconciled.

That’s why we created Polar Bioprocess

IDBS has been helping BioPharma customers unlock the power of data for faster and smarter decisions for over 30 years. We’re now extending across the entire value chain with cloud-native and analytics-centric BioPharma Lifecycle Management (BPLM) solutions powered by a digital data backbone.

With Polar BioProcess, we focus on the process and what’s needed to capture valuable data in context at the point of execution. Instead of a static ELN, our digital workflow engine generates samples and captures the instrument data directly while still allowing the flexibility to adjust parameters and process steps mid-experiment. 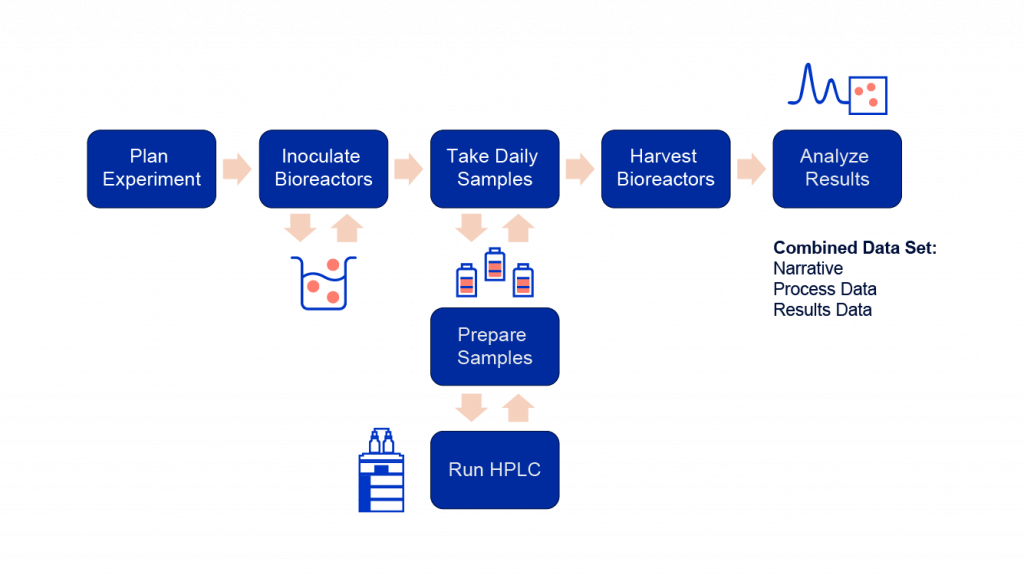 In other words, the Polar BioProcess workflow imports data from the bioreactor, records sampling events and sample transfer to an analytical group, and brings back the sample results to the point in time during the process where it occurred. Because the data model is defined at the very beginning, this process centric data structure means that analytical measurements are directly associated with the process and analytics can be automated, eliminating the need for transcription.​ This reduces data analysis and reporting efforts by more than 80%. Polar BioProcess provides a solid foundation for advanced data science, meaning you can have confidence in the data used to train digital twins or support other analytics initiatives.

IDBS’ Polar BioProcess is designed to simplify how data is captured and contextualized within a digital data backbone, to make process understanding easier and more efficient.

In this session, you will learn: